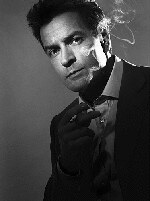 
Here's more evidence the future of drug delivery involves tossing those old-fashioned, barbaric needles. In-PharmaTechnologist  reports on author Mary Anne Crandall's new report that predicts  needle-free drug-delivery devices will double in value over the next 5  years, from $3.6 billion to $6.2 billion by 2016. Remember those Star Trek hyposprays [1]  that were once science fiction? Well, we're getting closer to that  futuristic world, with meds released through bursts of pressurized  liquid through a device placed against the skin.

As we've reported before [2],  needle-stick injuries are an increasing concern among healthcare  workers and those who choose to self-administer drugs, so jet injectors  are going to become even more popular.

"Needle-free jet injection devices can and should play a major role  in solving the problems of needle-stick injuries and needle phobia in  the United States," Crandall writes. Among the drawbacks are an  inability of jet injectors to deliver small quantities of drugs and  prohibitive costs for developing countries.

- read the whole story [3] in In-PharmaTechnologist

The worldwide market for needle-free drug delivery will double in value  over the next five years, according to new market research by Kalorama.

In a report titled Needle-Free Drug Delivery Markets, author Mary Anne  Crandall predicts the increasingly popular delivery method’s benefits,  such as ease of use, safety, and cost, will see the market soar from its  $3.6bn (€2.5bn) value now to $6.2bn in 2016.

And Crandall said the boom in trade could be largely down to the  development of needle-free jet injectors; devices which release  medication through a burst of pressured liquid or powder through a  nozzle against the patients’ skin.

She wrote: “Needle-free jet injection devices can and should play a  major role in solving the problems of needle-stick injuries and needle  phobia in the United States.”

However, Crandall acknowledges several potential issues that manufacturers should keep in mind.

Firstly, jet injectors are unable to efficiently administer drugs into  the intramuscular compartment. Meaning that drugs delivered using such  systems need to be given in larger quantities.

Needle-free technology could also be a solution to the dangers of needle  stick injury in the third world, wh

" JUST GOT APPROVED IN AUSTRALIA .
THE FEW HUNDREDS INJEX STARTER KITS THAT JUST ARRIVED WERE SOLD OUT IN MATTER OF HOURS ! "