"I wish to express my thanks to our employees for their efforts as we work to build a more service-centric culture focused on delivering quality and consistently reliable freight service for our customers," said James Welch, chief executive officer of YRC Worldwide.  "I am pleased with the renewed focus on customer service, but obviously not satisfied with our consolidated operating results. However, I am encouraged that our performance trends over the fourth quarter are consistent with or exceeding the consolidated operating plan created by our now autonomous operating companies," stated Welch.

"Our plans to streamline and simplify the YRC Freight network during 2012 are designed to enable fewer touches of the freight, expedite delivery to our customers, reduce costs by network optimization, and allow YRC Freight to return to its core competency of handling LTL shipments moving in the 2-day to 5-day transit lanes which are generally between 500 and 3,500 miles," stated Welch. "Our YRC Freight growth strategy will focus on delivering consistent, high-quality, long-haul service that is reliable and cost-effective with competitive transit times."

"I also want to recognize our Regional operating companies, Holland, Reddaway and New Penn, for continuing to deliver best-in-class service in the next-day and regional North American LTL markets," said Welch.  "The employees at all three Regional companies rallied and worked hard during 2011 to deliver an adjusted operating ratio of 97.3% which represents their second consecutive profitable year coming out of the economic downturn.  Customer satisfaction remains high at Holland, Reddaway and New Penn, which validates that these three companies are doing the right things for their customers, and we expect their operating momentum to continue to improve in 2012."

On December 15, 2011, the company sold a significant portion of the assets of its Glen Moore truckload operating subsidiary and redeployed the remaining revenue equipment units to YRC Freight and the Regional operating companies.  "The proceeds from the sale of our Glen Moore assets improved our liquidity position and, more importantly, enable us to better focus our efforts on improving our core North American LTL businesses. We continue to evaluate additional sales of non-strategic assets," stated Jamie Pierson, executive vice president and chief financial officer of YRC Worldwide. "On the operating front, our effective management of working capital produced a days-sales-outstanding of 35.4 days, which is a one-day improvement over last year."

"We have hired Chicago-based NRC Realty & Capital Advisors LLC to coordinate the auction of 62 of our surplus properties resulting from our network integration activities," said Pierson. "These surplus properties currently have substantial holding cost, maintenance and real estate taxes. We have chosen the auction process to monetize these properties and turn a liability into an asset. Some of these sites have been on the market for over three years, and we are marking them down to sell."

WASHINGTON (dpa-AFX) - YRC Worldwide Inc. (YRCW) posted fourth-quarter net loss attributable to common shareholders of $84.27 million, as against a profit of $15.80 million a year ago, with quarterly loss per share amounting to $12.40, compared with last year's $99.61 profit.

Consolidated operating revenue for the latest quarter was $1.21 billion, up 11.1% over last year's $1.09 billion. Five analysts estimated revenues of $1.20 billion for the quarter.

"This is another important step in the continuing process to sharpen our focus on North American less-than-truckload (LTL) shipping. Our emphasis on core LTL services has resulted in significant increases in on-time service and our customers are responding very f... 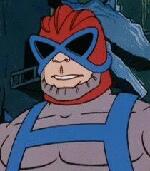 "Sometimes, the way to deal with a hole is to stop digging. With YRC, however, we should just fill in the hole, lay flowers upon the grave, and walk away."

"(...) The Company is requesting, among other things, to reset the covenants regarding minimum Consolidated EBITDA, maximum Total Leverage Ratio and minimum Interest Coverage Ratio (as such terms are defined in the Term Credit Agreement) for each of the remaining test periods, including reducing the relevant compliance thresholds for Consolidated EBITDA and the Interest Coverage Ratio by an average of approximately 25 – 35% and 30 – 40%, respectively, and increasing the relevant compliance thresholds for the Total Leverage Ratio by an average of approximately 35 – 55%. (...)"
Q: http://investors.yrcw.com/secfiling.cfm?filingid=1193125-12-171700

OVERLAND PARK, Kan., Aug. 1, 2012 /PRNewswire/ -- YRC Worldwide Inc. (NASDAQ: YRCW) today announced that it will release earnings for second quarter 2012 on August 3, 2012 prior to the opening of the market.  Questions regarding the release can be directed to the company's investor contact. 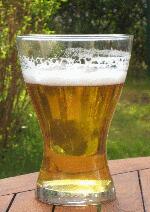 "Our focused approach to pricing discipline, customer mix management and cost initiatives has driven year-over-year improvement in our business, which is reflected in our operating income," stated James Welch, chief executive officer of YRC Worldwide. "We are producing results slightly ahead of our forecast, despite the recently softening economy, and remain focused on executing our operations and sales strategies at all operating companies.  We continue to be committed to delivering consistent, high-quality and cost-effective service for our customers and value for our stakeholders," he added.  "I also want to especially recognize the resiliency and dedication of the 33,000 employees who are working diligently to help move YRCW forward in a positive and  progressive way.  We are fortunate to have employees who have the passion and the drive to return the company to its leadership position, and they prove it every day by working to satisfy our customers while at the same time embracing our culture of working safely," said Welch.

Last Tuesday YRC Worldwide (Nasdaq:YRCW) management met with officials of local unions affiliated with the International Brotherhood of Teamsters (IBT). Since then, there has been an ongoing dialogue between the Company and the IBT...

Thomastradamus : YRCW in Talks With IBT on Revised Proposal

YRC Worldwide in Talks With Teamsters on Revised Proposal (NASDAQ:YRCW)

OVERLAND PARK, Kan., Jan. 17, 2014 (GLOBE NEWSWIRE) -- YRC Worldwide Inc. (Nasdaq:YRCW) announced today that it has reached a tentative agreement with officials of the International Brotherhood of Teamsters on an extension of its collective bargaining agreement to March 2019.
The tentative agreement contains a number of revisions to the company's previous proposal which address concerns raised by the Teamsters leadership and its members. The previous proposal, which was voted without reaching an agreement with the union was not ratified by the company's employees.  In contrast, this MOU extension was negotiated with the union.
"The outcome of this week's discussions is critical to the future of the company. The MOU extension is something our employees can have confidence is the best - and only remaining - path forward," said James Welch, chief executive officer of YRC Worldwide.
Details of the revised proposal will be reviewed by local union officials at a "two-person" meeting of local union officials to be held on Tuesday, January 21, 2014.
-----------
Bildung fängt mit dem eigenen Bewusstsein an